In September 2020, as New York City made its first failed attempt to fully reopen its public schools, Mayor Bill de Blasio announced the creation of the Department of Education. COVID-19 Intervention situation room. It was intended as a hub where school leaders could call up coronavirus cases and suspected exposures among their students and colleagues and receive a rapid and coordinated response from the city’s health and Test & Trace Corps officials regarding the next steps. The Situation Room received little attention – as a parent of a public school I was only vaguely aware of its existence – until this month, when the Omicron variant caused almost vertical spikes positive case rates across the city, including among children. In group texts and on social media, educators reported spending hours on standby with the situation room, or not being able to pass at all; emails went unanswered for days or even indefinitely. Meanwhile, widespread delays in returning PCR test results increased overall uncertainty as to how risky school in person had become.

Blasio’s administration continued to maintain that COVID cases in schools were low and a large-scale closure was not an option. (New mayor Eric Adams opposes system-wide closures and has expressed support for a vaccination mandate for students.) According to official city data, on the evening of December 22, only three hundred and sixty-four students and two hundred and twenty staff members were currently COVID-positive — that’s in a system of over a million students and some one hundred and thirty-five thousand staff. But teachers and principals doubted those numbers given that so many cases had not been reported to the situation room.

With little formal guidance, managers have increasingly taken on the roles of contact tracer, epidemiologist and public health official. They identified positive cases and close contacts; they made judgment calls and informed families of quarantines and classroom closures on their own. (The New York City Department of Health defines “close contact” as a student who has been unmasked and within six feet of a COVID-individual positive for a cumulative ten minutes over a twenty-four hour period, or masked and within a meter during the same period.) Although only a district superintendent can officially decide to close a school, some principals have done the next closest thing: they have sent out school wide notices strongly encouraging families to keep their children at home.

One of these leaders, whom I will call E., is a deputy principal of a high school in the city. On the afternoon of December 22, the school of E. urged all families not to send their students the next day, the last before winter break. That evening, I spoke with E. about how his school hit its breaking point, what he thinks about the possibility of another system-wide shutdown and the psychological toll of three school years distorted by a pandemic. His account has been condensed and edited.

“I have a friend who worked for FEMA, in New Orleans after Hurricane Katrina. People would report damage to their homes, and she would fax the information to a number, and she would call it “heaven”: “I’m going to send this fax to heaven, and I don’t even know it exists.” The last two weeks have been, “Hello, is there anyone over there? “

“I can’t even tell you how many cases we’ve tried to call into the situation room. I think we’re down to fourteen or fifteen cases in the last two weeks. Over a third of our staff were absent today. Some of them are confirmed COVID some have reported sick, some are caring for sick family members, some are getting reminders and reacting to it. So the day started very early, with a giant puzzle of how we were going to cover all of our classrooms.

“This week we got a lot of hands in and set up our own notification processes, for example ‘We think your child was a close contact, and because he is not vaccinated you need to keep your child at home, and we recommend for the safety of your family that they get tested. For vaccinated children, it’s, “Hey, do you have any symptoms? Here is what is going on. There are parents who want to send their children every day and they are furious with the process and the system of communication. There are families who need a lot of attention and explanation, so even if their child has not been identified as a close contact and is vaccinated, they are still incredibly stressed, as they have memories of two years ago. Many people in our school community have seen loved ones and neighbors die from COVID, or they had illnesses that went untreated, because the health care system was overwhelmed. I don’t think our community necessarily believes that Omicron is less lethal, or what that will mean for our underfunded healthcare system.

“Today we made the decision to strongly urge families to keep their children at home tomorrow, at all levels. We are not supposed to strongly encourage people to stay in their homes. There is no substitute for real in-person learning. But we had more and more anecdotal evidence of positive cases, and it seemed like it was really out of control. We were even worried about having enough staff to keep the school open. I have heard from other schools that have done the same. Or I heard, “I have determined that this whole class is made up of close contacts, so we advise everyone to stay home.”

“During this time, we are getting email reminders about compliance items, something that is supposed to have entered our online system. We are busy running a school, counseling students who have panic attacks, who have difficulty at home, who have difficulty doing in class or who have conflicts with friends. Maybe it would be helpful if you could come and help us and make sure our schools are up and running, and then we can work on that compliance element.

“One of the main things about being a school leader is that you have to project stability. Trying to maintain this presence and energy for the community is exceptionally draining at this time. Everything seems much more difficult. We need to double the staff. You could cover a class, do homework in the cafeteria, or deal with an angry parent who is upset that their child cannot enter the school building because he is a close contact and he cannot is not vaccinated.

“I’m sure you’ve seen these graphics: the Omicron variant is exponentially faster. It’s scary. I fear a backlash where it all stops again, and then we’ll be dealing with all kinds of traumatic experiences again. I was one of the people who thought last year that we shouldn’t have closed the schools, that we should have maintained a certain level of blended learning as some of our children have to physically go to the building from school, even though they do full distance education there. There are children who need to get out of their homes and come to school for a meal, a quiet space, or some kind of support or connection with an adult or a peer.

“Like many of my colleagues last year, I would go to shelters and children’s homes across town and bring them laptops and iPads and check them on. Many of these children were very anxious to go back to school. I was doing Zoom meetings with kids and their moms when they were staying in hotels because that’s where the shelter system put them, but the rest of the hotel room was too noisy so they were in a bathroom with a shower curtain behind them, Zoom in with me on classes they can focus on. There’s a lot of kids like that in New York City, and they need to come somewhere, and we’ve got to provide that for them. School is a space where they can be themselves and be with their friends and just have something else. And when it’s gone, it almost hurts my body to think about it.

“School should be an exciting and happy place, but instead it feels like an obstacle course, and that’s how it’s structured by the state and our city – those boxes that you have to. to fill. It is also a question of space. Some schools are shiny and beautiful or old and grandiose, and then there are some where the building is shabby, it smells bad, it’s dusty, there is no soap in the bathroom, the toilets are broken . It is a reality in too many of our buildings. We need to devote more resources to all of our children. I don’t think, right now, the city’s actions indicate that it cares about young children — black children, brown children, poor children, children with disabilities — at all.

“I have considered taking time off for mental health care or even quitting because I don’t know if I have the capacity to continue doing this job. I’ve been doing this for twenty years and I feel like I’m failing every day. I keep showing up, exhausted, and doing my best. I can’t imagine taking time off because my school needs me every day. I don’t know if I will be able to last until the end of the school year. I am not healthy or in good health because of my job. Every school principal I speak to suffers and doubts a lot. 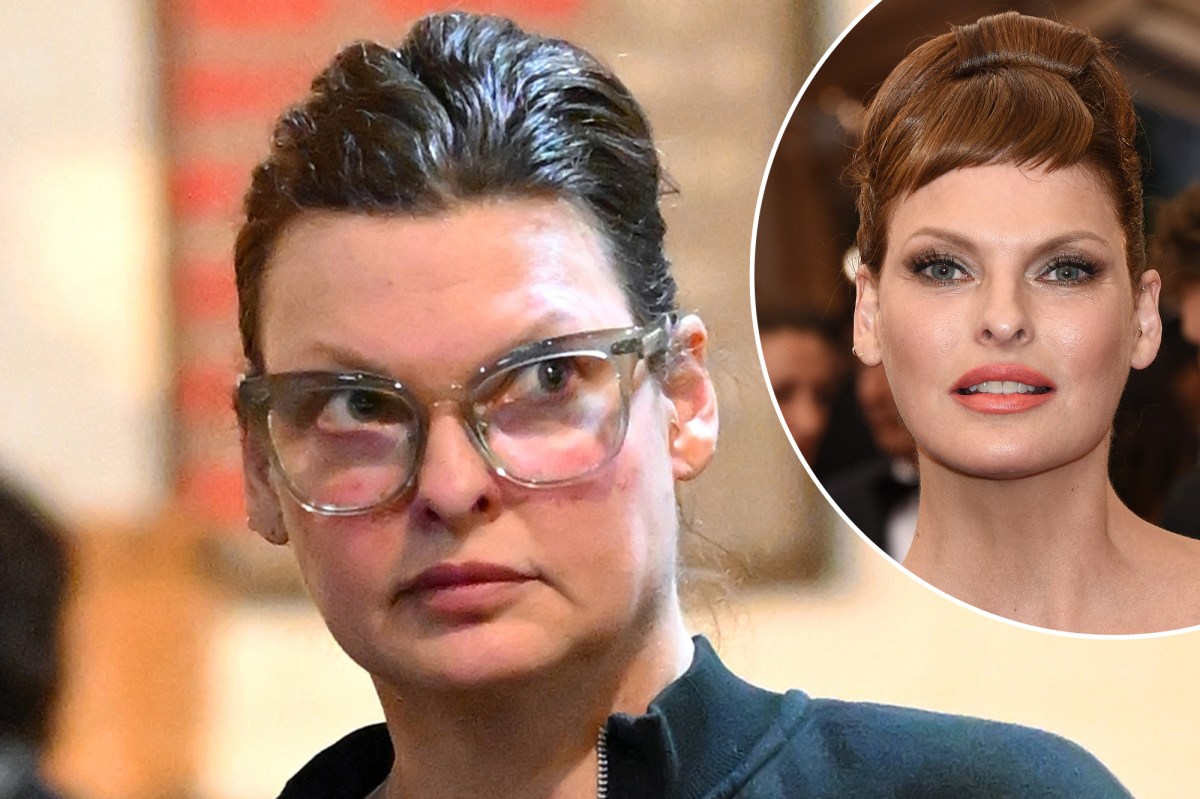 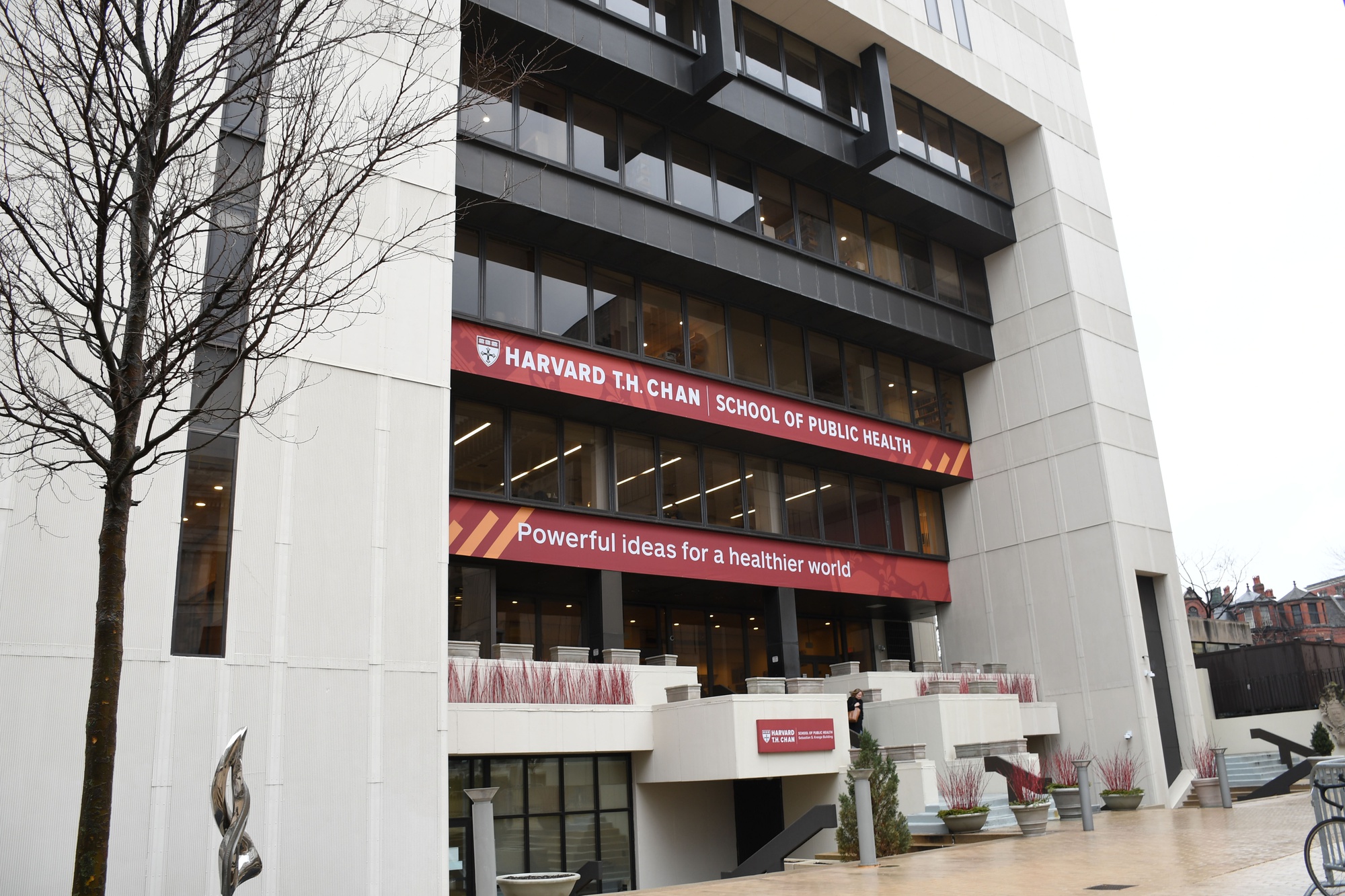 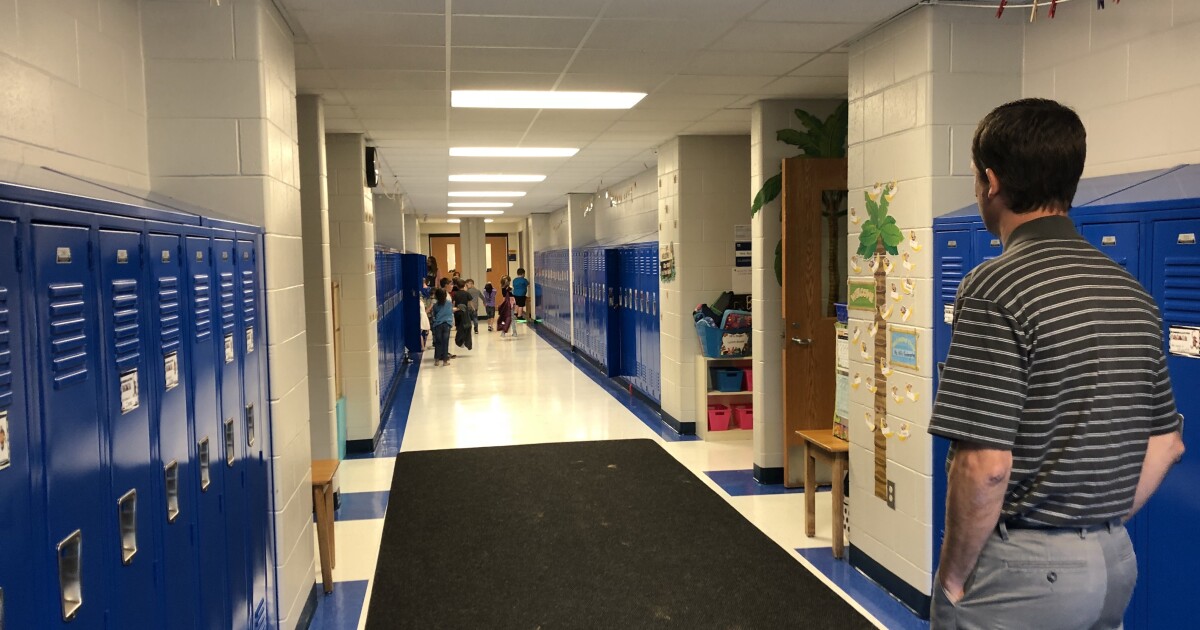 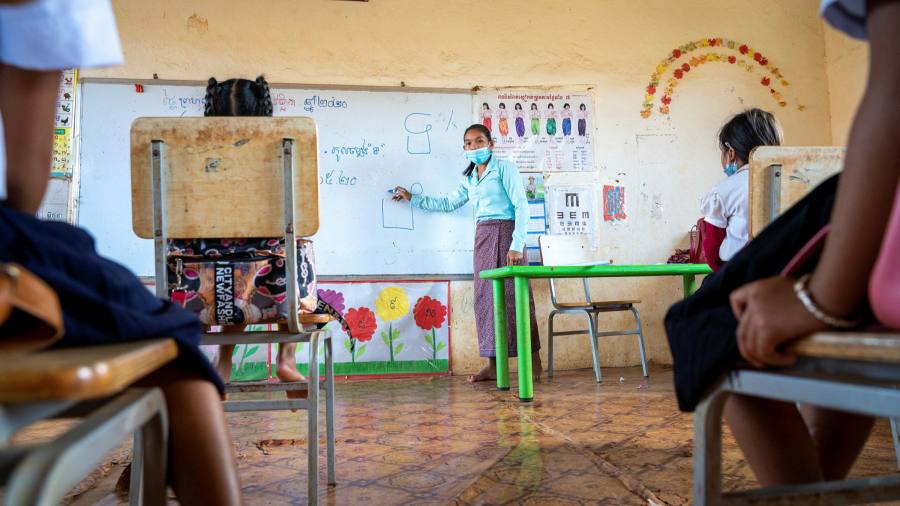