Normalcy returned to the headquarters of the Commission for Universal Basic Education of UBEC on August 23, 2021, after the announcement by the presidency on Friday August 20, 2021 of the renewal of the outgoing leadership under Dr. Hamid Bobboyi whose the term of office expired a few weeks, and subsequently stepped down as executive secretary / director general of the commission.

Unlike some public officials in Nigeria, heads of government ministries, departments and agencies whose tight sitting tendencies / syndromes are nothing new, the UBEC headquarters has dried up, but not as a graveyard as members staff gathered in clusters to discuss the need for the return. of management.

The double fear that surrounded UBEC was management’s decision to step down after his term expired, though emboldened by the performance track record of his first term, which expired a few weeks in late July 2021 .

For opponents, it was not business as usual, as speculation was rife that the commission would welcome new leadership, which was contrary to the thinking and position of the government, after due diligence reasonable and an assessment of the performance of Hamid Bobboyi’s management. UBEC, its achievements lasted four years.

The always calm and easy-going academic turned administrator was not disturbed by the unfolding situation, as he had shown both administrative and political will during his first stint, except that he refused to tolerate, for he drew a parallel line towards political interference.

For him, as an educator, administrator, bureaucrat whose mandate and mission was to make great strides towards repositioning the Nigerian education system, this goal he refused to digress despite pressure from all angles.

But alas, when they took office on Monday 23 August 2021, for another four-year term, staff members, supporters, visitors from Nigeria’s capital and from off the coast gathered in the office of the executive secretary, to rejoice and prayed for him during his reappointment and the success of his second term, after a turbulent first term.

Under the renewed leadership of UBEC, transparency, probity and accountability have been the hallmarks of its activities for four consecutive years, as the commission has functioned strictly in accordance with the law which established the body as the hub of l basic education in Nigeria, a trend he wanted to continue.

With its operation strictly guided by a common fund and counterpart from state governments, UBEC, in strict compliance with established procedures, had left about 150 billion naira for the period under review in the SUBEB account of the Education Council of universal basis of the state not consulted, due to the non-compliance of some states. the rules guiding the disbursement of its funds.

The Commission, without fear or favor towards any sub-national or federative state, was not under pressure or pretext from states to do anything outside of the mandate and requirements of states prior to use or withdrawal of funds.

This resulted in a series of stormy crises and hostilities between UBEC at the forefront and SUBEB at state level, in recent years under renewed leadership.

The political orientation of the renewed leadership is its strict compliance with the provision of teaching materials, odious to the diversion, the training and retraining of teachers in various branches of basic education, the development of infrastructure in schools through the country, assessment and possible intervention for states, federal and provision of furniture and other necessary facilities, which will ensure modest learning conditions to the development of basic education in Nigeria.

UBEC’s strict adherence to establishing procurement and contracting procedures was unwavering, in accordance with the provisions of the Public Procurement Law, which had discouraged excessive practices in the system and had become a norm in the current dispensation.

This has resulted in a series of partnerships and synergies with both public and private organizations, which have promoted basic education in Nigeria.

The success story has been achievable amid the global economic and health challenges of COVID that led to countries being locked down in 2020 for months, and in the long run affected the smooth running of schools and basic education.

The introduction of a modest and modern learning mode in order to alleviate the situations arising during COVID, also led to the introduction of the “SMART” program which aimed to improve online learning through a computerized program at across the country.

The multibillion naira project that is expected to cross federal states and 36 federation states, including FCT, Abuja, will improve the start-up issues that have been raised during the natural and man-made phenomenon in the country.

The computerized project in the United States will provide schools with the opportunity to learn even during emergency and normal situations.

The double advantage of a computer system initiated by UBEC will also place students in a privileged position, thanks to exposure to the new digital system, which is becoming the order of the day.

Online learning for basic level students will have multiplier effects on people and expose them to modern techniques in schools.

To consolidate the arrangements, UBEC has since entered into a partnership agreement with the National Information Technology Development Agency NITDA, the hub of the technology hub in Nigeria to drive the new policy of providing ICT infrastructure to schools across the country.

UBEC’s efforts to improve infrastructure development and expansion were among the cardinal goals of the renewed leadership’s first term, as the offices were not only renovated but enlarged to reduce the relentless office problems at headquarters, and in line with the new wave of COVID in its first, second and third waves to maintain self-distancing and avoid traffic jams.

The multibillion naira project is underway with job specifications, anticipated completion date and target being strictly adhered to, for early completion.

To imbibe the culture of transparency, probity and accountability in the new UBEC, he further negotiated another round of partnership with the Independent Commission on Corruption Practices and Other Related Offenses ICPC, to demonstrate fiscal discipline at UBEC, as well as to create synergy in the event of breaches. directly or indirectly.

This daring step alone had demonstrated the will to free the commission from any form of inappropriate tendencies and also to serve as a check and a counterweight to the activities of the commission.

These two major policies of the UBEC management are a sufficient signal for public office holders to expose themselves and practice with respect for the spirit of openness and accessibility.

The drive to display people-centered leadership has also been extended to the development, training and retraining of staff through seminars, symposia, workshops, discussion workshops and promotion to encourage the productivity.

Staff welfare has been given a high priority in accordance with the commission’s mandate, to encourage greater commitment to duty and service delivery.

Determined to make more progress and complete ongoing programs during his first term, management got the ball rolling by critically analyzing the successes achieved and how to revolutionize new programs and policies, which will appease accelerated growth and put bare an articulated model well that will be a lasting legacy for the educational development of the country. 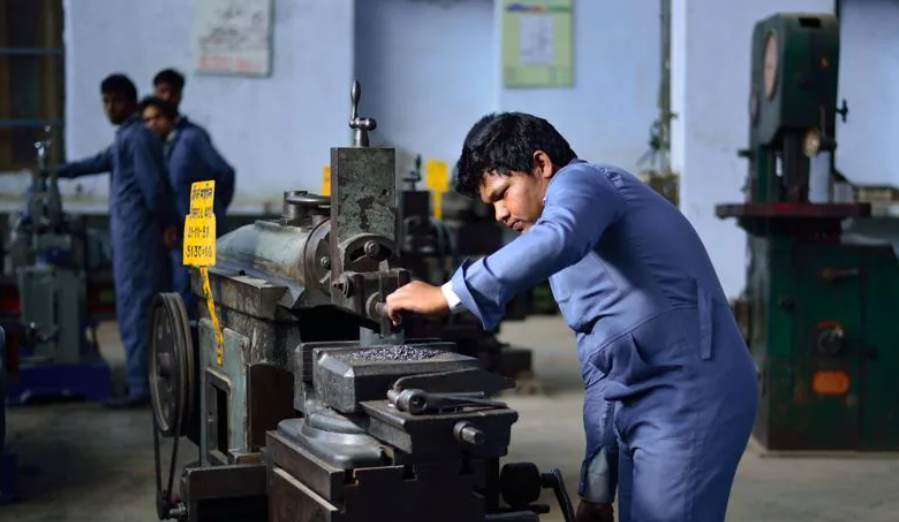