The Union of Non-Academic Staff of Education and Associated Institutions (NASU) has kicked against the deduction of 25% of the National Examination Council (NECO) Treasury Single Account (TSA) by the Federal Government.

The union, in a letter to Education Minister Adamu Adamu, called for an immediate end to the levies, adding that it may resort to industrial action to enforce its demands.

NASU, in the letter signed by NECO Branch Secretary Comrade Reuben Emdin and made available to reporters, lamented that the deduction had a major impact on the examination body’s finances as well as on staff well-being.

While saying that the examination body is not a revenue-generating agency, the union called on the minister to convince President Muhammadu Buhari to approve the immediate end of the 25% deduction and ensure the reimbursement of rights and indemnities due to NECO personnel.

The letter dated March 23, 2022 read in several parts: “As essential stakeholders of the National Examinations Council (NECO), we are obliged to formally inform you of a 25% deduction currently applied by the Federal Government on the Treasury Single Account (TSA) of the Council since 2021.

“Honourable Minister, we are mindful that this matter has already been brought before you by the Council and your efforts for a resolution which led to a Presidential intervention on behalf of the Council which resulted in the publication of the Senior Secondary Certificate Examination (internal) 2021.

“Our position, however, is that the National Examinations Council (NECO) would not require any kind of Federal Government intervention if the 25% deduction was not made in the first place.

“Especially since this policy clearly paralyzes the Council’s activities and its ability to carry out its mandate. As a union we are concerned about the survival of our institution and the welfare of our members, it is clear that this policy has become a threat to both.

“As such, we can no longer sit back and remain silent in the face of apparent danger to our source of income. The fact that we now have a series of unpaid promotion arrears dating back to 2017, unpaid salaries following the migration to IPPIS between the months of March to August 2015, unpaid transfer allowances for some number of years the Council has been unable to pay, we see no reason why this policy should continue.

“Further, you may wish to recall that the President and Commander-in-Chief of the Federal Republic of Nigeria, President Muhammadu Buhari (GCFR) has recently approved the upward revision of the Duty Tour Allowance (DTA) for all Federation officials from 1 February 2022.

“NECO is currently not in compliance with this circular due to the lack of funds caused by this 25% deducted from its TSA account.

“Mr. Minister, the National Examinations Council (NECO)
is not a revenue-generating agency and, in accordance with the law creating the agency, it must function, among other things, as a provider of social services to the public.

“It is therefore disheartening that this government agency which only a few years ago cut its fees to serve as a cushion to the people in all its examinations to the glory of this current administration, is today failed by the same administration. .

“The Union decides as follows:

“2. This Union demands that the Honorable Minister ensure the reimbursement and payment of all rights and allowances due to the staff of the National Council of Examinations (NECO). This is something the Union has fought tirelessly for over the past two years and wants to end.

“3. The failure to apply this 25% deduction and the payment of the rights and allowances due to the staff mentioned above would leave this Union no choice but to take its destiny into its own hands, by initiating the processes of declaration of industrial action to the Council.

“4. The Honorable Minister is requested to note that this letter is drafted in the general interest of the welfare of our members and the maintenance of industrial harmony within the National Examination Council (NECO).

Next Quebec to ban animal procedures like declawing and tail docking 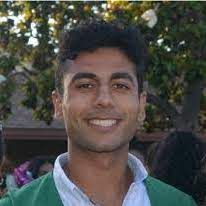