A few days ago, a certain Twitter user, allegedly Nadine Luster, tweeted that although she had learned a lot in school, she thought six years of “repeated history” was a “waste of time”. She further tweeted that it was about the characteristic of having the same topic for six years and that the only thing that had changed was the branding of the books. She later added that this repetitive topic makes it counterproductive and called for effective and efficient history teaching.

These series of tweets have elicited mixed reactions from Internet users, especially teachers. Some accused her of being stupid because there was no “repeated history” due to the spiraling nature of the Filipino basic social science curriculum. Some even took it as a manifestation of Filipino academics’ problem with the emergence of historical distortion (not revisionism, as some would say) and fake news. Even the National 50th Anniversary Committee, in a now-deleted Facebook post, invited her to their page to learn more about the pre-colonial history of the Philippines and thanked her for making them aware of the need to popularize more. the story.

As a teacher and graduate student, I personally understand where she comes from. Apparently his frustration also stems from what is happening now, where historical distortions and fake news are rampant. So, one might really think that studying history for six years is just a waste of time. It is as if the Filipinos had learned nothing at all about their past. Sometimes I also have this kind of frustrations, which sometimes make me wonder if I am really up to the professional vocation I have chosen.

However, one must also understand the implicit issues that his tweet revealed. Perhaps for some learners, history lessons are a ‘waste of time’ due to (1) some problems in the curriculum and teaching strategies of history teaching in the Philippines, (2 ) the inaccessibility of some important primary sources for history lessons in the Philippines; and (3) the issue of trivialization when discussing Philippine history both in classrooms and in public discourse. It should also be added that these problems, however, are not new: historians like the late National Scientist Teodoro Agoncillo already stated 60 years ago. Unfortunately, these problems persist in the Philippine education sector, whether public or private, basic or higher.

Curricular and pedagogical problems can be at the origin of this negative impression of history lessons. In the usual Filipino school experience, one could say that history lessons are boring and dreaded because instructors resort to rigid memorization of people and places, dates and events that are irrelevant to the subject. own life of students. Some students even share that their teachers, instead of discussing the lesson, instead assign topics for students to bring back to class without addressing them afterwards. Others also note that their history teachers don’t teach and instead let them watch movies until the end of the school year or semester. These anecdotal experiences may traumatize some learners, making them hateful or disinterested in the subject by the time they leave school.

To this problem is also added the question of the qualifications of the instructors who deal with this kind of subject. Some educators would say that some schools, both at the elementary and college level, allocate history classes to those who are not specialized in their teaching, due to the lack of social science graduates capable of dealing with the subject. Some would even say that the curriculum for the Baccalaureate in secondary education, majoring in human sciences, does not offer future social science teachers sufficient knowledge in historiography and research in the social sciences. Likewise, skills and knowledge in historical research and analysis are not included in their professional development training, especially before the start of the school year.

Others criticize the curriculum prescribed by the Ministry of Education as insufficient for students. Some social science teachers criticize the removal of Philippine history from the K-12 junior high school curriculum and its integration into other high school social science courses as insufficient. For them, this can lead some students to believe false rumors and distorted historical facts. They also argue that some important topics in Philippine history, such as the rule of martial law, the effects of colonialism and the marginalization of indigenous peoples, would be left out and therefore likely to be repeated. Therefore, organizations such as the High School Philippine History Movement and the Philippine Historical Association campaigned for the return of Philippine history to junior high school. The HSPHM, in particular, began as a signature campaign in Change.Org, led by educator Jamaico Ignacio.

Another problem with history teaching in the Philippines that merits discussion is the lack of access to major important historical sources. This is important because the ability of educators and the public to access historical documents can help them gain a better understanding of history directly from primary sources. However, this is not the case in the Philippines: most, if not all teachers, do not have access to primary sources, nor the ability to research with them. Besides the usual language barrier problem (in the case of documents written in Spanish, Japanese or pre-colonial script), this was also caused by the control of certain sectors of Philippine history and culture, for bureaucratic, institutional and sometimes personal reasons.

In addition, most, if not all archival material in the Philippines remains undigitalized and inaccessible to Internet users due to lack of resources and manpower. Despite the passage of the National Archives of the Philippines Act 2007 (Republic Act No. 9470), some institutions, both public and private, do not have a systematic archiving system, which makes some documents unavailable or, unfortunately, lost in time. It is unfortunate that Filipino records are easier to obtain abroad through foreign websites (for example, the Portal de Archivos Españoles or PARES in Spain, and the National Archives and Records Administration in the United States) than on our own ribs.

The problem of precise and reliable sources is not confined to archival documents either. Despite DepEd’s assurances regarding the quality control of teaching materials, textbooks with erroneous information still reach the classroom. These materials, which are used by students across the country, can give learners misinformation. Some schools even use books from the martial law era while in the 21st century! Additionally, some textbooks in the Philippines lack good aesthetics (i.e. grayscale colors, use of caricatures), which does not help learners to effectively visualize past events. . 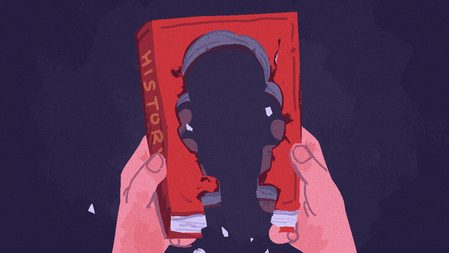 The trivialization of the history of the Philippines

Last but not least of these issues is the seemingly trivialized approach to discussing Philippine history in both academic and public settings. This problem, although seen more on social media pages, is also evident in the classroom. This happens when a historical event or a personality is presented through meaningless anecdotes and instruments of entertainment. This also happens through the emphasis on nicknames and titles of individuals or events instead of their actual essence or heritage (negative or positive) to society.

Instead of helping people see the relevance of the story in their daily lives, it makes the story feel like a bunch of trivial facts. History is thus reduced to its entertainment value, instead of being an instrument of meaningful reflection. Therefore, we have misconceptions about the role history plays in our personal and social lives. So what then is the solution to this predicament? As Agoncillo wrote decades ago, educators and historians should bring history to life in the classroom. Instead of forcing learners to simply memorize facts, history lessons should invite them to visualize past events as if they were there. Instead of forcing them to relate, learners should be given stories that demystify the events, and they should be delivered barkada style. kuwentuhan or the tsismisan of your Marites neighborhood.

Most importantly, discussions of Philippine history, whether in the academic or public sphere, should always answer the question “So what?” »Or find his say say (relevance or meaning) in our lives, helping us to reflect on our past, present and future as individuals and as a nation. It would turn the story from a simple narrative into a usable past, as Renato Constantino would say. However, this will only become possible if institutional interventions are made for educators. Sufficient, inclusive and empowering training, accessible historical documents and mentoring should be made available for our teachers to be qualified to deal with these topics.

And yes, the story has to be an enjoyable subject, like a good Netflix movie or a good K drama series! – Rappler.com

Michael Anjielo Tabuyan is a high school teacher at St. Scholastica’s College, Manila, and received his MA in Philippine Studies, specializing in Sociocultural Studies, at the Asian Center, University of the Philippines. A graduate in political science, he has taught humanities and social sciences at both college and basic education level. 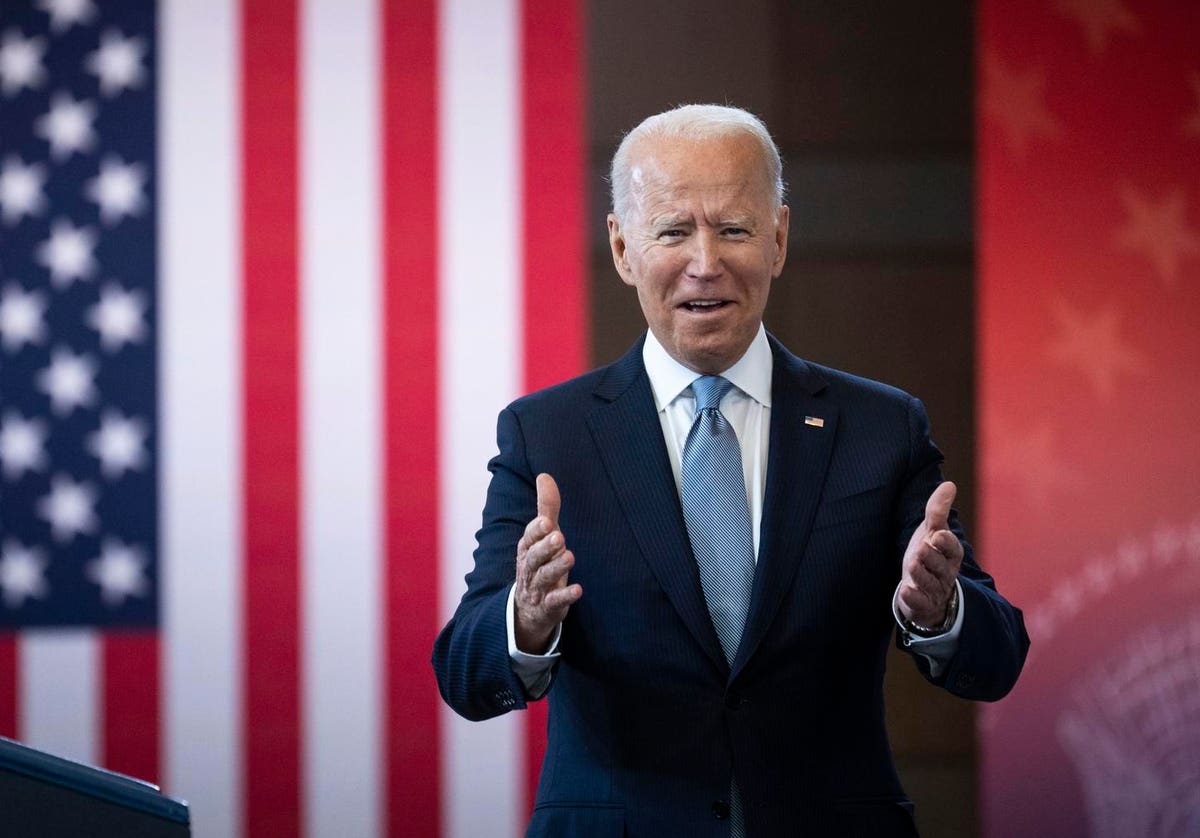