September 18, African Union, in collaboration with the The United Nations Children’s Fund (UNICEF) released the report, â€œTransforming education in AfricaÂ», A factual overview of education in the region. The report highlights the progress made by the continent on education indicators, such as participation rates, while also illustrating the challenges that remain. With Africa having the youngest population in the world (nearly 800 million Africans are under 25, of whom 677 million are between 3 and 24 years old), accelerating investment in education is vital for countries make full use of their human capital.

Overall, the report reveals both progress and setbacks in education in the region. For example, although Africa has made progress in increasing children’s participation in school (Figure 1), the authors assume that the absolute number of out-of-school children has in fact increased since 2010, given rapid population growth.

Figure 1. Share of out-of-school children in Africa, by age group

Figure 2. Distribution of out-of-school children of primary and secondary school age in Africa by region

The report states that bottlenecks and obstacles to improving education include policies and legal frameworks and conflicts and security. Specifically, in policies and legal frameworks, the authors state that although basic education is generally compulsory, legal measures for implementation are lacking, which creates a mismatch between expected learning outcomes and effective implementation of cost-effective interventions. Barriers to demand, such as the imbalance between education and labor requirements, can prevent children from attending school regularly, hampering improvement in education. On the supply side, teacher shortages can lead to large classrooms where child-centered learning is difficult. Finally, situations of conflict and insecurity, especially when educational institutions are targeted, prevent children from accessing learning.

For the full report, see here. Also see â€œImproving Learning and Life Skills for Marginalized Children: Scaling the Learner Guide Program in Tanzaniaâ€ by the Brookings Institution’s Center for Universal Education for more on innovations in this area. education in the region.

Previous Boston Medical Center surgeon fined for leaving the operating room to eat in his car, then falling asleep and missing the procedure

Next Kwara on mission to reclaim the glory of education, says AbdulRazaq 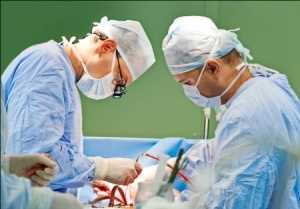